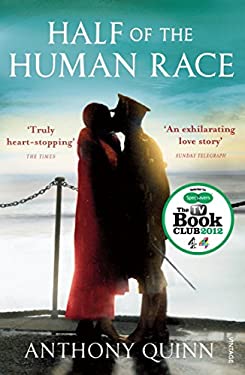 With Valentine’s Day on the horizon, I thought I would dig up this review of my favourite ever romance novel!

Synopsis: Constance is a suffragette with ambitions to become a surgeon and a deep aversion to following her sister’s footsteps into domesticity. Will is the rising star of county cricket, whose values are far more ‘traditional’. When the two fall in love, each finds their views of the world irrevocably shaken at their foundations. However, with war on the horizon and British society clinging to the ideals that are about to be torn apart, will their affection be able to overcome the gulf of circumstance that separates them?

When I read the synopsis of this book, I thought it had the potential to be predictable and was expecting Connie and Will to cast away all of their previous values without a backward glance and swoon into each other’s arms. However, I could not have been more wrong; the change that takes place in the characters is gradual and realistic. The romance at the novel’s centre has a great deal of depth; it acts as a microcosm that perfectly captures the tensions within a society suspended between past and present.

The relationship between Connie and Will is unpredictable with a number of twists and turns that kept me in suspense. My internal monologue was running something along the lines of Okay, they are definitely going to get together now…or maybe not…definitely now…wait, maybe they’ll never get together? Oh, hold on…

However, as much as I loved the complex romance at the story’s heart, I enjoyed the side plots just as much, such as the buried emotional difficulties of Will’s cricket mentor Tam. The plot had a variety that kept me intrigued, with its contrasting settings and time periods, plus a tendency to switch from amusing to agonising within moments. I felt as if I had experienced the entire emotional spectrum by the final pages!

Connie was, of course, my favourite character in the book. She is the classic ‘strong female lead’ but without having an impenetrable persona as can sometimes be the case with this trope. Her anxieties and vulnerabilities mean that she never fails to be relatable as well as admirable. In fact, a similar ambiguity and complexity surrounds every character and engaged me entirely with their stories. The only character I did not like was Olivia, Connie’s sister; I wanted her to at least slightly compromise her old-fashioned viewpoints by the end. However, perhaps it was more realistic that Quinn kept her standing rigidly beside them. After all, some people never change.

“It didn’t matter how close you were to someone, people would always be a mystery to one another.”

Read if: you love the idea of a historical romance with absorbing depth.

Half of the Human Race

Have you read Half of the Human Race or any other books by Anthony Quinn? What did you think? Please do let me know in the comments – I would love to hear from you!

2 thoughts on “Archive Nostalgia: Half of the Human Race by Anthony Quinn”