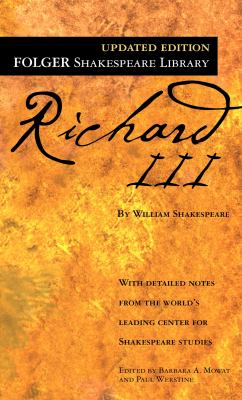 One of the smaller theatres in my city has recently been renovated, so when I saw that a critically-acclaimed production of Shakespeare’s Richard III was coming, I needed no further excuse to check it out!

After years of devastating war between the houses of York and Lancaster, peace is finally restored to England under the reign of King Edward IV. However, with Edward’s bitter and alienated younger brother, Richard, waiting in the wings, it seems that the cycle of vengeance is yet to be broken…

I had a vague impression of Richard III as a dark, violent, insidious play. So I was surprised by the twist of dark humour, which the company particularly emphasised in this production. There were many times when I found myself laughing without quite knowing whether I should be! This effect suited the uncomfortable ambiguity surrounding Richard’s character.

“I was surprised by the twist of dark humour”

He is psychopathic without question – yet also, in flashes, disturbingly sympathetic. I know very little about the play, but it was fascinating to read about material on Richard III that was included from previous plays to give more context. Perhaps this contributed to my unnerving, nuanced impression of him.

I was reading the synopsis of the play before going and ended up very confused (wait -who’s married to who now?!?) but the expressive acting made it easy to follow. Treacherous language meant there almost seemed two plots happening at once, as the characters negotiated relationships that always operate an unspoken power struggle.

“The most horrifying battles were the internal conflicts dramatised on stage”

Richard III is known as a violent play. No spoilers, but there are err… quite a lot of deaths! However, the violence was not overblown in this production, as clever uses of special effects made for a more subtle portrayal. In fact, the most horrifying battles were the internal conflicts dramatised on stage. Instances, where actors walked among the audience or used us as a substitute ‘crowd’ in crowd scenes, made me feel disturbingly complicit.

The main actor in this production (Tom Mothersdale playing Richard III) was extraordinary. With such a physical performance, he made the play feel very visceral. All of the actors gave dynamic performances that responded to the unnerving blur between truth and lies, loyalty and betrayal.

Staging aspects of this performance were simple yet creative. I particularly liked the use of mirrors to reflect (see what I did there?) the multiple fragmented personas that makeup Richard’s character. It is at the core of what makes Richard III so morbidly compelling.

Do you have any questions, discussion points, or simply want to share your experience of Richard III? Please do let me know in the comments; I would love to hear from you!