Yesterday marked the birthday of Mary Shelley and the perfect time to bring her classic gothic tale, Frankenstein, back into the light… 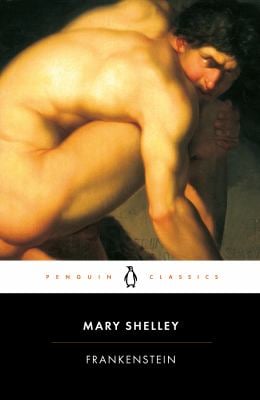 Synopsis: Victor Frankenstein is a scientist obsessed with the miracle of life. In an intricate but ghastly experiment, he endeavours to discover the nature of life itself by resurrecting a cobbled human corpse.

The resulting creation haunts him from the secluded Scottish coastline to the breath-taking lakes of Switzerland, causing us to question the very nature of humanity…

The famous anecdote surrounding the origin of Frankenstein is that Mary Shelley was on holiday with friends, who challenged each other to write the most terrifying ghost story they could.

However, Frankenstein is so much more than this. In fact, the novel has deep philosophical undertones, asking some highly thought-provoking and contentious questions.

One of the most strikingly memorable aspects of Frankenstein is the settings; beautifully depicted mountains, lakes, wildernesses and icy wastelands paint a rich picture in the imagination. A stark contrast is drawn between the flaws of humanity and the awe-inspiring natural world.

Shelley also uses a great deal of foreshadowing, but rather than destroying the suspense I felt that she instead creates a different kind of suspense. Although I knew what was going to happen, my pulse still beat faster – I felt I had no choice but to cling on, hurtling towards the next inevitable disaster.

The main character, Victor Frankenstein, is fundamentally pathetic. I found that his self-centred ‘woe is me’ attitude became frustrating. This is particularly the case as he takes very little positive action in the story; any form of ‘resolution’ is only ever a fickle change of attitude or partial reconciliation with his own guilt.

However, my disdain for the main character did not undermine the value of the story. In fact, Shelley’s portrayal of him demonstrates a sharp understanding of human nature, making her bleak interpretation even more disturbing.

Victor Frankenstein’s obsession with the secret of creation causes us to wonder how far we should push human progress. The treatment of the ‘creature’ that is the abhorred result of his experiments makes for a jarring exploration of the extent of human cruelty.

Meanwhile, its longing for affection and development from a state of childlike wonder to vengeful range demands consideration of what exactly makes us human. Frankenstein remains a relentlessly dark, terrifying portrayal of the fine line between human and monster.

“The world to me was a secret, which I desired to discover; to her it was a vacancy, which she sought to people with imaginations of her own.”

Read if: you are intrigued by the idea of a classic gothic horror story with a thought-provoking twist.

Fan of the gothic? Why not try Rebecca by Daphne du Maurier?

If you want to share your opinion on Frankenstein, please feel free to comment below – I would love to hear from you!