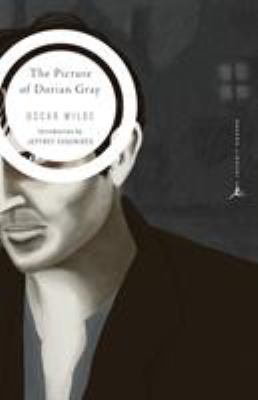 As Halloween creeps ever closer, I have dug up my spookiest book review from the archival crypt…

Synopsis: Dorian Gray is a beautiful, striking young man – the darling of London society. When a friend paints his uncannily lifelike portrait, Dorian is struck by a moment of vanity and fear. In terror of age and degradation, he strikes a bargain that will allow him to remain in youthful beauty forever. Only the cherished portrait will bear the marks of age, excess and sin.

I wanted to read The Picture of Dorian Gray because it is such an enduring cultural myth, referenced in everything from theatre to pop songs. My only previous experience of Wilde has been reading and watching The Importance of Being Earnest (read my theatre review here).

It became immediately apparent that Dorian Gray is much, much darker than the playful comedy of Earnest. Reading about Dorian’s descent into immorality is as disturbing as it is hypnotic. Nevertheless, the novel still boasts a plethora of the witty quotes that are Wilde’s signature. Although they are often placed in a more shocking context, they still made me smile despite myself!

In line with Wilde’s concerns with the superficiality of society, the characters of the novel live behind a facade and rarely demonstrate true emotions. Even though this made them difficult to relate to, it did not prevent me from wanting to know what would happen to them with a kind of morbid curiosity!

Many of the dilemmas they face still remain relevant and fascinating today – how much are we for others and how much for ourselves?

The Picture of Dorian Gray is full of rich, sensuous descriptions that lend it a very Gothic feel. In particular, the middle chapters are dripping with such descriptions, which add to the suffocating atmosphere but make the pace a little slow.

In spite of the slow build-up, I thoroughly enjoyed the surprising ending (no spoilers I promise!) It initially makes the story seem like a straightforward moral but anyone who has read anything about Wilde will know that his intentions were far too complex for this to be the case! Instead, I was left pondering how much Dorian is a product of society or nature, and at what point exactly does he go wrong?

Read if: you are intrigued by a murky exploration of human duty versus desire.

The Picture of Dorian Gray

Have you read The Picture of Dorian Gray or anything else by Oscar Wilde? What did you think? Let me know in the comments – I would love to hear from you!

8 thoughts on “Archive Nostalgia: The Picture of Dorian Gray by Oscar Wilde”