NB: Both of these plays come with serious content warnings for sexual assault/rape (off-stage) plus some extreme on-stage violence and murder. There were a number of moments that turned my stomach so please take care if you are sensitive. 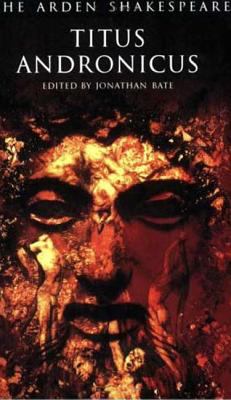 Synopsis: Titus Andronicus returns to Rome as a hero, having fought for the empire against the “barbarous Goths”. He brings with him a prisoner – Tamora, Queen of the Goths – who is to be married to the Emperor Saturninus.

Tamora covertly harbours a thirst for vengeance against Andronicus, who is responsible for the brutal killing of her eldest son. Meanwhile, he has his own scores to settle.

As the cycle of violence escalates to a fever pitch, the line between good and evil, innocence and guilt, civilisation and barbarity becomes increasingly blurred. When is revenge just plain murder?

The Questioner: The Revenger’s Tragedy by Thomas Middleton 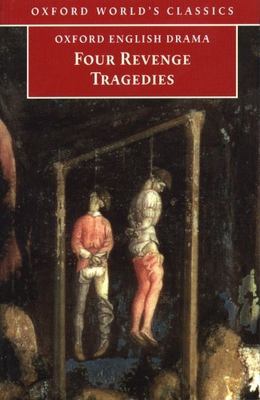 Synopsis: After Vindice’s lover is poisoned by the Duke for refusing sexual advances, he enters the Duke’s corrupt court, disguised and intent on revenge.

The bizarre chain of events Vindice sets in motion results in a chaotic parody of the revenge tragedy genre.

If those in power are corrupt, should an individual take justice into their own hands? If so, do they inevitably become like the criminals they seek vengeance against?

The dangers of posing such questions during the Jacobean monarchy may have been why The Revenger’s Tragedy was initially published anonymously.

I think the main difference between the two plays is that Middleton’s The Revenger’s Tragedy takes itself less seriously, parodying the genre. While it still contains some distressing scenes, the overall tone is more tongue-in-cheek.

Recommendation: Both revenge tragedies are definitely worth a read: dramatic, vivid, gripping…and gory (consider yourself warned).

I would suggest reading Titus Andronicus first, as once you have an idea of revenge tragedy conventions, the satire in Middleton’s The Revenger’s Tragedy becomes funnier.

You may also like Questioning the Canon: William Shakespeare and Christopher Marlowe.

Have you read either of these plays? Have an under-rated book that you’d like to share? Let me know in the comments – I would love to hear from you!

2 thoughts on “Questioning the Canon: William Shakespeare and Thomas Middleton”