The Canon: Macbeth by William Shakespeare 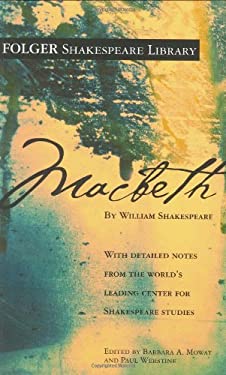 Synopsis: Macbeth is the hero of Scotland’s battle at Forres. Having defeated the invasion and protected King Duncan’s land, the general is rising in rank and reputation. However, the ambitious Macbeth and his Lady have set their sights far higher.

As he wades deeper into acts of treachery and violence, guilt seeps insidiously into Macbeth’s psyche. Suspicion surrounds him, formerly loyal friends defect, and England is assembling an army to challenge him. Yet the Scottish tyrant must question whether his downfall will be brought by the enemies without … or those within. Synopsis: Having intellectually conquered the fields of law, philosophy and medicine, Dr Faustus is intent on pushing the boundaries of human knowledge further still. When offered a pact with Satan – exchanging his soul for limitless knowledge – Faustus is unable to resist.

As the full impact of what he has done becomes clear, Faustus longs for redemption. Is there hope of forgiveness, or is he doomed to wretched damnation? What follows is a dramatic portrayal of the human psyche in torment.

Questions Asked: Both Macbeth and Dr Faustus are unsettling, taut psychological explorations. The way Marlowe portrays guilt and redemption in Dr Faustus was particularly controversial for the way it highlighted the religious turmoil of the time. Put simply:

Both are present in Dr Faustus but neither seems favoured overall. It could be speculated that Marlowe’s own religious uncertainties are what makes the play so deliciously conflicted. I got very into this subject when writing an entire essay on it for my 1500-1700 module (it was interesting I promise!)

I have heard critics of Marlowe argue that his writing cannot measure up to Shakespeare’s (although I still find elements of Faustus’ soliloquies breathtaking). Nevertheless, in terms of dramatic impact, Marlowe knocks it out of the park. The final scene of Dr Faustus still gives me goosebumps!

Christopher Marlowe is also a fascinating person to study. As well as a playwright, he is thought to have worked as a spy for Queen Elizabeth’s secret network. His death from a stab wound to the head aged only 29 was reportedly due to a dispute over the bill with friends in a tavern (we’ve all been there!) Despite this, modern historians believe it is far more likely Marlowe’s death was linked to his espionage activities.

I am taking a module on Shakespeare’s contemporaries next year and am looking forward to reading more of Marlowe, as well as other less famous playwrights of the early modern period.

You may also like Questioning the Canon: Jane Eyre and Wide Sargasso Sea

Have you read either of these plays? Have an under-rated book that you’d like to share? Let me know in the comments – I would love to hear from you!